Thank you to our generous sponsors!

Jason has had a long-standing interest in impressionism, post-impressionism, and early American modernists like Marsden Hartley, David Hockney, Neil Welliver, Alex Katz, Lois Dodd, among others.

He’s drawing and painting scenes that are very familiar to him: still life or interior compositions taken from his home, forest scenes just off the beaten path, or a pocket of woods near an interstate. The trick is to see these mundane moments as majestic while allowing the mistakes of hand and misconceptions of eye be as present as the purposeful. He likes the paintings to coalesce from a distance but upon close inspection fall apart into marks and the process of making, with the underlaying scaffolding of the image still visible. Each brushstroke becomes a single particle and the painting a wave of time-space. Whether he’s standing on the edge of the Grand Canyon or staring into the corner of a room, the investment in looking is the same. On one end, he’s working areas of the brain that lie deeper than the surface stream of thoughts, the self-narrating voice. On the other end, he’s pondering the fundamental structure of reality. 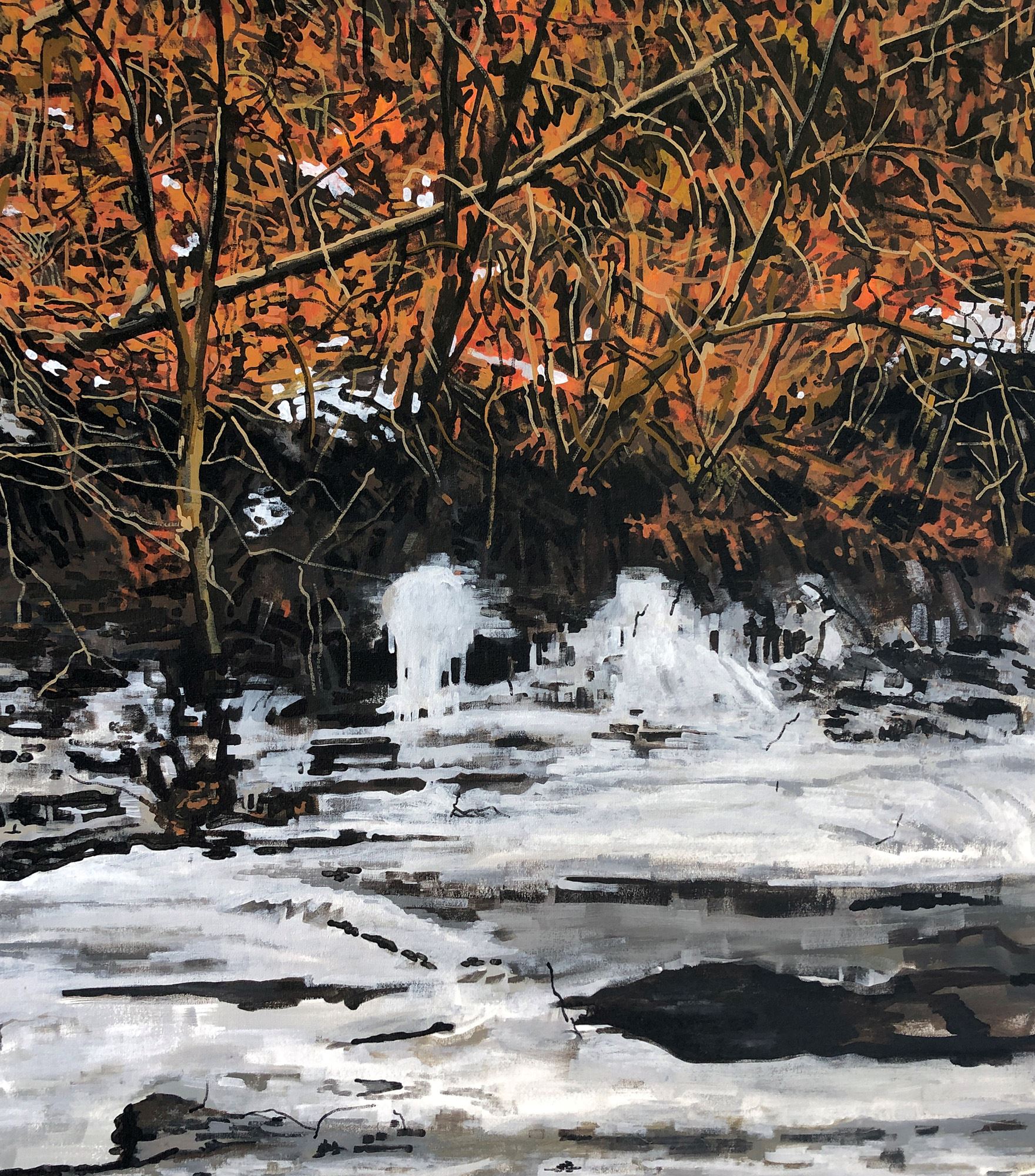